How to Wean Kittens - Expert Tips and Advice - CattyLicious.com

How to Wean Kittens 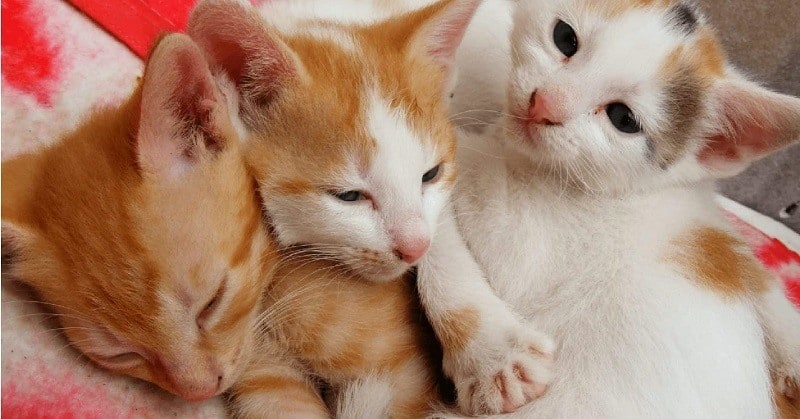 How to Wean Kittens

How to wean kittens is something many people need help with who have a litter of kittens.

It is something many people struggle with.

Worrying about kittens not gaining enough weight or literally mum giving absolutely everything to her kittens and then drastically losing weight is something many people worry about when they have a litter of kittens.​

But actually it is not that difficult to wean your kittens on to kitten food once you know the basics.

Let me show you how I have succesfully weaned dozens of litters over the years.​

How to Wean Kittens - Top Tips

I find that weaning kittens can be easy with some litters and much harder with others. I usually start weaning kittens by introducing my kittens to ‘solids’ at about three to four weeks though I do not worry if they are not eating until about five or six weeks old.

Some litters literally dive in the food bowl as soon as I offer them their first meal where as some litters decide that the food I am offering them is in fact poison and should not be consumed under any circumstances.

When I begin weaning kittens I usually start off with some kitten food that is of a paste like substance and add some hot water to increase the smell of the food. Often this is enough to encourage some of the more greedy kittens to venture over to the bowl and give it a try. If the kittens are not happy to explore this delicacy on their own I am happy to pick them up and place them next to the food bowl.

If they still do not show much interest I will then smear a little on their mouth and feet. Often a kitten will then clean themselves and discover that they do in fact quite like the taste and then proceed to demolish the lot!

If I am not making much progress I will then allow my queen to clear the plate and clean her kittens. The benefits of allowing the queen to remove all the food are…

Never one to give up I will retry the above the same day and possibly then bring my finger in to the equation. Have you ever considered how it must be for a kitten that is used to sucking away at their mums ‘milk bar’ to then having food shoved down their mouth. Not very nice at all! So I will try to imitate with my food smeared finger the girls teat in as much as by lightly bouncing my finger around the kittens mouth.

Theory being that when a very tiny kitten is looking for a nipple they use two senses….touch and smell and my food smeared finger lightly bouncing around their mouths will imitate their mums milk smelling nipple.

Another useful trick that I like to remember when weaning kittens is that a kitten is used to suckling for their food they are used to having their heads tilted upwards or level and not facing downwards to a food bowl.

I find that if I can get a kitten to lick some food from my finger (keeping my finger at head height) and then very slowly move my finger lower and lower until it is level with a flat feeding bowl (I usually start off with a saucer) I can then try and encourage them to eat directly from the edge of the bowl.

Persevere with the most promising prospective eaters in the litter as very often if you get one or two kittens eating then the others start to worry about what they are missing out on. Kittens also hear much better than we do and when they hear their litter mates eating they are more likely to give it a go. Have you ever noticed one kitten start to suckle and then they all wake up and have a quick go at the milk bar?

Keep repeating these little tricks 3-4 times every day and 99% of the time I find by the third day they are on the way to being weaned.

Sometimes you will have four out of your five kittens eating and one that just plain refuses to eat ‘solids’ no matter what you try. If I have the majority of the litter weaned I will then let the kitten that is not eating go at their own pace and not try and force the issue.

I have never yet had a kitten that has starved to death…sooner or later they join in with their litter mates.

Previous Post Is My Cat Pregnant & When To Expect Kittens Next Post Overweight Cats: The Shocking Truth